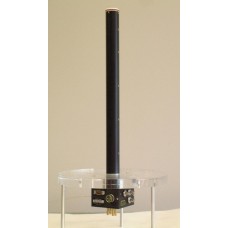 Your Name:
Your Email:

Your Question: Note: HTML is not translated!

CapNMR Probes Go Back To School

Also, in February, 2007, Protasis initiated a program to implement One-Minute NMR to automate Natural Products characterization with Dr. Kerry McPhail in the Pharmacy Department at Oregon State University.  McPhail, noted, “CapNMR has already enabled the acquisitioin of excellent spectra from miniscule amounts of our precious samples.”

In March, 2007, the University of Toronto won an equipment upgrade grant to add a One-Minute NMR system to their Chemistry Department for both Natural Products and Synthesis Confirmation automation.  This system is also expected to benefit from the universities collaboration with ACD/Labs, headquartered nearby.  Protasis software integrates seamlessly with ACD/Labs Spectrum Database and Web Librarian software.  Dr William Reynolds has used CapNMR at U-Toronto for several years and noted, “The probe provides excellent spectra.  We are pleased to give our chemistry students access to this capability.”

Most recently, in December, 2007, Boston University’s Center for Methodology and Library Development installed a One-Minute NMR system for their microsynthesis program.

Facility Managers at universities are attracted to the web-base reservation system that allows students to reserve sample space on the system and define their NMR experiments in advance using scripts of standard spectrometer commands.  The scheduler eliminates queues of students waiting for NMR time.  Just drop of the sample into your reserved tray location and the sample will be run automatically using your script.  Once done the spectra and confirmation results will be emailed to the student’s lab or dorm room.


Your Review: Note: HTML is not translated!